The Brief Return of David Hunter || Moving Violations, and Two Years of The Writer's Den 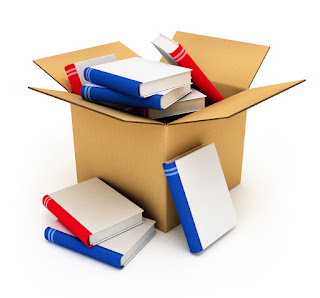 A while back I decided that I needed a change of scenery, so I started looking for a new apartment. This current one, in the heart of downtown Toronto, was starting to feel cramped; not enough elbow room for my brain. Plus, I was (am) getting tired of hearing the drunks singing on the street at 4 am on a Sunday morning, their inebriate voices echoing off the building walls and waking me up. Yes, this is life in Urbana.

The lure of this tiny place was steeped in Bohemian values, of course; it’s cheap, it’s small and cozy, and it’s in the middle of an urban and artsy area. It’s the kind of place that would make you feel like a writer, or supposed to anyway. But what of that? Do I have to live in a run-down area of the city in a shoebox apartment to feel like a writer? Maybe, if I were 25 again. Like the Grateful Dead’s exodus out of San Francisco to Marin County in the 1960’s, now all I crave is peace and quiet. But what a long strange trip its been.

And as much as I love the idea of a bohemian lifestyle, at my age I need something better to motivate me, something not quite so esthetic and external. After all, chasing that ‘Beat Writer’ lifestyle so lovingly immortalized by Jack Kerouac is futile; this ain’t the Village, man, it don’t matter where you write, as long as you write, right? Dig.

So now I’m moving. Can’t tell you how much that disrupts a me as a writer (and my life in general) but here I am packing up all my stuff, worried about bills, the moving truck, the new place – ugh – and nowhere in my brain has there been space for writing. Then I look around and see all the stuff I’ve been carrying with me: books, papers, magazines; after almost 40 years on this planet you can really accumulate a lot of shit. Then you have to drag said shit around with you for eternity – it begins to burden.

The worst part is I feel out of the loop and out of the groove. I haven’t been writing much and the flow is pretty much gone. It’s not like falling off a bicycle and getting back on – that’s easy, but after a lengthy absence from composing blogs posts and stories it becomes a little like that dream we all seem to have, the one where you’re trying to run away from something horrible but you can only move in slow motion; a ‘Writer’s Rigor Mortis’, for lack of a better term.

Such is the life of a writer; when you stop, you drop.

But I’m excited about the future too. I’m getting a much larger place, with my own writing space (this excites me more than anything!) and a new desk as well. The very idea of this artsy little nook has dominated my thoughts – even as I sit here among my boxed-up books and my near empty desk typing this.

This post marks another historic element; the two year anniversary of ‘The Writer’s Den’ blog. I’m amazed that it’s still around and that the followers have kept growing. This makes me want to try even harder to make it the best blog I can produce. Every post I write is painstaking because I know the quality of readers that come by and look around are above average, which probably has something to do with the infrequent updates. If you only knew how many abandoned and unfinished articles I’ve written because I thought they weren’t up to snuff; quality and not quantity being the operative term.

In any case, I want to thank all my loyal friends and readers for hanging around, even though I’ve been so scarce. I realize I haven’t updated this blog since April, and it really bothers me – I don’t want you to think I’ve been too lazy or lethargic to write. I’ve just been very busy (Nay, swamped) with other things, like real life. And if anything, the bane of most writers is real life.

So, onward and upward, goodbye to the old place and the old neighborhood (and hopefully goodbye to more old junk) and here’s to new places and entirely new junk! I’m off to pack up my things and head West (not the romantic ‘West’ of the Californian variety, although someday I’ll be there wandering the streets of San Francisco, or feeding the sea lions at pier 39) but West Toronto, where the air is decidedly less purple and my new writing space awaits.

Here’s to two years of the Den, and many more to come.

Keep the peace – David Hunter
Posted by TheWritersDen at 10:57 AM