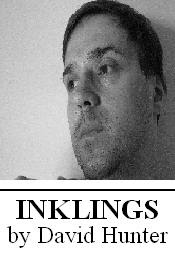 A writer and nothing else; alone in a room with the English language, trying to get human feelings right. ~ John K. Hutchens

Recently it occurred to me that I’d been neglecting my blog, letting it get moldy, cobwebs in the corners. It’s not that I don’t love this space, I do. And I love that people want to read my words, things I write and think about. The ability to write, it’s a gift; but it gets lonely. When we stare into that blank abyss and the cursor demands action, there are no proxies, it’s only us and our thoughts. How lonely is that?

This is the profession we’ve chosen; to write, and to create. Sometimes it’s a burden, sometimes we just don’t feel like it, sometimes we’re out of sync with those creative synapses, sometimes we feel pressured (and like a child who is told to do something, we balk) and sometimes we plain don’t give a shit. It’s just writing, who cares? I can wait another day or three to start that chapter or novel or whatever. I think sometimes we forget that time is finite. It takes time to write a novel, years even, so wouldn’t it be prudent to get the old ass in gear as soon as possible? So why don’t we feel the fire as often as we should? I’ve talked to dozens of writers who really got a flame lit under their butts and manage to produce astonishing word counts daily, and sometimes I feel shame when I realize what an amazing opportunity I have in this era of 24/7 internet blogging traffic – where I can reach hundreds or thousands of people with one tweet or update; Instant feedback and gratification not afforded a Hemingway or a Steinbeck. And yet we squander it as though it were an infinite resource, like drops of water in the ocean.

The reason for this line of thought is partly because a writer-friend of mine named Wendy (AKA @quillfeather on Twitter) playfully asked me why I was mucking about on twitter and not working on something, like my book, or updating my blog, or something. And another part of it is Donnell Epperson, a follower of mine on Twitter. You see, she wanted to be a writer, really worked at it, even when she was having chemotherapy treatment for her cancer. She was blogging, writing, using her gift, because she realized that if you want to be a writer, you have to write, even if you have the big C, even when time is of the essence. Even when you suspect you may never live long enough to finish. Sadly, she disappeared from Twitter sometime last November, and I found out through a third party that she had passed away in February.

Now and then I sit and stare at her blog, how every day it gets older, like a yellowing newspaper, knowing it will never be updated. Knowing that I’m alive and kicking and that I waste time like it’s meaningless. There’s still blood coursing through these veins; my eyes still see, my mind still thinks, and conjures; images and stories and endless varieties of characters. I am able-bodied, and isn’t it a shame? Poor Donnell, who was fighting the good fight, and lost, was taking up her precious time to work on a book. It shouldn’t come to that, but sometimes it’s the kick in the ass we need. If Donnell left us nothing else but this lesson, we should thank her.

Yeah, writing is a lonely business. It’s just us and the page, hand to brain combat. There’s no one else to turn to; no one’s gonna write the stuff for us; it’s our story, our characters. And time, that fleeting flittering finite bitch, feel it bite your backside. It’s tough, but it’s the business we’ve chosen. If nothing else, do it because you can.

~ This post is dedicated to Donnell Epperson AKA ~ @donnellepperson
Posted by TheWritersDen at 10:39 PM