How To Lose Friends And Alienate People On Twitter 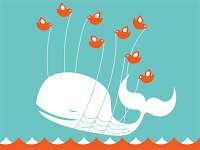 There’s been a million blogs written about “Twitter Etiquette,” but I thought I would throw my three cents in on this topic as well. Disclaimer: This is all in fun, I may be completely wrong and you may be doing the opposite of everything in this list and STILL have twelve thousand followers; more power to you, friend. Here we go…


The Point Of Social Networking

The point of social networking is to be SOCIAL. If you’re going to tweet in a vacuum, Twitter is probably not the best place for you. Some people don’t really enjoy constant internal dialogue in their Tweet Stream; unless you’re Ashton Kutcher and can get away with tweeting what you had for breakfast, or have a very lively mind, you’d better start interacting with others.

Now I’m no prude by any stretch, but using the lovely F word in your tweets constantly might just offend someone. Not the word itself, but what it says about you. This is a very public place, and you reflect who you follow, and vice-versa. If I vouch for you and then you start dropping those F-Bombs in your tweets like a New York dock worker, then you need a bar of soap. (Mind you, I didn’t say NEVER curse, but the English language has billions of words to express yourself with, not just the word F__K! As fun and cathartic as that verbiage is.

I’m all for self-promoting and capitalism and all that jazz, but when you don’t even say hello and try to sell me something, you’re going down in a hail of un-follows! I even felt guilty when I started flogging my blog (Ah, see? Subversive and rude language, hidden in euphemistic terms…) The Writers Den by tweeting “Read my blog!” because it’s a rather crass method; and Auto DM’s? Ugh. You are treading on very dangerous follower toes by doing that. First, it’s impersonal, and second, it’s ANNOYING! Please stop this activity immediately. Also, if you have a book to sell, you’d do better to actually form RELATIONSHIPS with people, rather than constantly tweeting about your book, because not only is that NOT effective, it makes me want to go to the book store and walk right PAST your book without buying it, on purpose! Perhaps you should follow other self-promoters instead, and you can all sell things to each other and live happily ever after. Happy capitalism!

I’m not saying I’m the sanest guy around, or that my head is screwed on any tighter then the next person, but again we are dealing with a public place here. When you emote and rant constantly, we may sympathize a little at first, but then our twitchy hand reaches for that block icon, reluctantly. I have problems too, so do the people who follow me. The only people who don’t have problems are dead people (although THAT may be construed as a problem too, in some circles.) This just isn’t the place for those kinds of discussions, unless you’re part of a Twitter Therapy group (insensitive of me I know, but a solution may be to use DM’s to express those feelings instead of tweeting stuff like “I’m losing followers! What did I say? I hate you all!!!) In the beginning I was guilty of this as well, but it can be cured!


Picking Fights and Being a Bully

I know from getting my ass kicked and being abused in grade school that bullies are very unpleasant. In the adult world it exists too, in the workplace and online. On Twitter it takes on a more subtle form; okay, you disagree with me once, twice, but all the time?? Come on! Or someone is making it clear that they don’t like something about my tweets, or my quotes, or my advice; why are you following me then?? F__K off! Some of these comments take on a very nasty tone, meant to embarrass people in public. If you want to embarrass me, do it in a DM, or else: BLOCK! I can take a tongue lashing, but not in public. You deserve a spanking for that.


If You Have 40 thousand Followers, but Confine Your Tweets to Three People

I don’t care who you talk to, or what you talk about, but you should acknowledge the existence of more than 3 people in your tweet stream. I have followers who still don’t know I exist. Why follow me then? Lord knows. But when it comes time to clean house, out they go…

Recently some bonehead wrote that “40% of Tweets are useless” although I don’t know where he got those statistics. How can you qualify a useless tweet? If someone tweets about eating Bananas in their Corn Flakes, I may or may not find it interesting (or it may make me hungry) but I agree that there is such a thing as “Useless tweets”, I mean we all can’t orate like Norman Vincent Peale every second of the day, but something of value should be attached to the majority of your tweets. Entertain, enlighten, anger, incite; do any of these things. Don’t bore! (I’m one to talk; I’m surprised I’m not a mascot for Insomniacs Anonymous) One thing that will make me want to un-follow (not really, it’s just an annoyance): Too many one sided conversations; Like this:


This will force me to go and hop back and forth to the other person to eavesdrop and get the rest of the story! (Although this is a weak argument) Once in a while it’s okay. Some do it constantly, (The theme of this post seems to be “do what you like, just don’t annoy me and do it too much…)

I consider myself well read and somewhat educated, but I don’t work for the NSA and I don’t do code-breaking. I’ve received tweets that are completely undecipherable, like this:


@The WritersDen ~ You Feel the Same? You me too HAHAAAA! U funny n can we talk? Prolly can Thx


Here’s a tip, try to be a little clearer in what you’re trying to say. I’m a very nice guy, and I’m quite tolerant, but tweets written in reverse Sanskrit or Zodiac code drive me batty. If I weren’t such a nice guy I would “UnFllow get it HAHA!”


Learn How to Spell

Okay, so I’m a grammatical stickler. Bt when you start usng lead speak 2 tweet, it gets annying! Come on! You can edit without omitting vowels! It’s easy, give it a try.


So that’s it for now. Remember, this is all in fun. Like I said, you may be doing the opposite of all the above and manage to have 3 billion followers, in which case I may eat my hat. Take care now.


David Hunter, The Writers Den
Posted by TheWritersDen at 11:21 PM