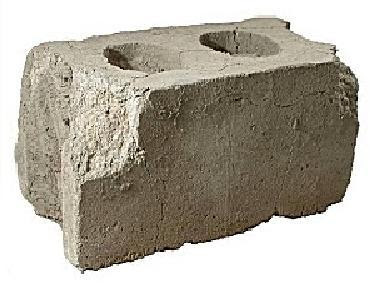 I want to deny its existence.

The sad fact is, an inordinate amount of people complain and curse about it, so there is grounds for its standing in reality. Writer’s Block, the Basterd, or whatever we want to call it, rears its ugly head at the worst of times, for me;

When I’ve had a great run of words and stories and blog posts.

When I’m sick of hearing (or reading) my own voice.

When I start feeling like nobody gives a shit.

I suppose my recent lack of writing activity could be attributed to this affliction. I suppose I want to blame SOMETHING, so why not WB? (Henceforth known as the Basterd.) Today I had enough of this and literally (yes LITERALLY!) hauled my brain out of neutral and grabbed a pen/paper and began scribbling things; notes, sentences, phrases, inarticulate doodles, letters! Anything.

Immediately I had ideas for twelve posts.

Beside me on my desk are piles of crumpled post-it notes and folded bits of bond paper that I used to jot down various thoughts and ideas during my workday. Occasionally, I would root through these and make more notes. I discovered that shuffling through that sheaf of paper made me excited again; ink, pen, and the goddess of creativity were upon me. Huzzah!

I find that I don’t actually lack for ideas. My problem is when I stop writing for any length of time; I get rusty. The old finger/brain symbiosis dries up. I get afraid to put words down. I start feeling like I never wrote before.

Is this the Basterd at work?

Stephen King, that insanely prolific and crazy author we all know and love, wondered at various times in his career whether he had anything left to say. And after his horrific car accident he, for obvious reasons, could not write for a long time, months actually. Upon returning to his desk and writing again he also felt like he'd never written before; he was terrified.

My little lesson learned: I may allow myself a break to re-charge once in a while, but I will not allow it to continue. The Basterd must not win. And if we imbue Writer’s Block with human traits and refer to him as the Basterd, perhaps it’ll help us hate him, and fight him off. Anthropomorphize the sonnuva bitch so we can kill him where he stands. Scratch that: hangin’s too good for him. He deserves a good vaporizing.

The Basterd of course comes in many different forms; musicians get it, so do artists and actors; even world class athletes are prone, but they call it a “slump” and it is just as crippling. So what causes this? If I knew I’d be a millionaire. How do you cure it? If I knew THAT I’d be a billionaire. Many have tried to decode the Basterds DNA; Philosophers, scientists, even Tony Robbins tried to help a hockey team get out of its horrendous slump (L.A. Kings?) and failed. Most come up empty. I’m coming up empty right now.

I guess we’ll have to live with it. And fight on.

Last night I had a revelation though; I started reading Edward Abbey’s the Journey Home. Besides the excitement I had about getting my grubby hands on such a rare out-of-print book, I marveled at the fact that he wrote that manuscript on a low-tech typewriter while sitting atop a Fire Lookout (Numa Ridge) in Glacier Park Montana, completely isolated; no phone, no internet (1975, hadn’t been invented), no ANYTHING! (Except bears, which he called G-bears, or more affectionately, GRIZ.) His sole companion was a citizens band radio and his own thoughts.

Imagine that? With all the technology and information and communication we have at our disposal…

It made me think. I have NO excuses for not writing. NONE. I imagine myself up there where Ed sat for three months, 3000 feet above sea level, isolated and alone with only a typewriter and nothing but the sound of his own brain knocking away! My hands get sweaty just thinking about it! No computer! No Information! I think I’d go starkers, and not in a good naked kind of way. Stark raving MAD.

Back to the point.

You only beat the Basterd by writing.

And If I repeat that to myself, I'll probably start believing it, too.

David Hunter, The Writers Den ~
Posted by TheWritersDen at 3:45 PM


A Letter to Brian