It’s Not Just a Critique, it’s an Adventure! 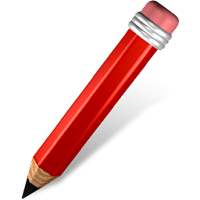 "...We writers can’t operate in a vacuum forever – eventually someone has to read the stuff ..."


Recently I went out on a limb and asked some writer friends for a critique on a story I had been working on. This particular story was written in ridiculous haste for National Novel Writing Month (An experience I recommend at least once, but that’s it)

The initial jolt you get from spewing thousands of words in a short span is electrifying; it feels like you’re really getting something done. Of course, you shouldn’t wait for a cram session like NaNo to get yourself motivated. I went in rather unprepared, with no outline, and only a sketchy idea that I thought my main character could pull off.   The results were as expected; not great.

I’m glad I asked for opinions, because I was under the illusion that the story was good, and the characters were working. Not really accurate, I must say. That’s the beauty of getting constructive criticism.

Not that I hadn’t suspected some of it; I knew the story was getting tough to write. Probably why I dropped it.

We writers can’t operate in a vacuum forever – eventually someone has to read the stuff. And of course, they’ll have opinions. I’ve learned not to be sensitive about it – life is too short. Instead, I’ve adopted a new set of Credos:

Not every story will be a home run. Let’s get real.


Take heart: If you can fix the story, fix it, if not, there are millions more out there.


Getting a heavy critique doesn’t mean you suck and you should trade your writer card in. It just means you need to ‘adjust’ things.


It’ll make your story better.  It's all about the story, not you.


A good critique will also let you know whether you should continue on with the story. If no one cares about the characters, the story, any of it, that’s a bad sign. Life is too short to keep working on bad projects.

Getting a critique is actually a sign that someone cares enough about your writing to even bother to help you out. This is a good thing.

I must thank Nickolas Furr, actually, a writer friend of mine, for bringing this up. He gave my story a thorough going over, told me what was good and bad. I was surprised at my reaction: relief. I was happy to be talking about the mechanics of the story and the characters – and to find out the truth about it. Sometimes a story just doesn’t work – and when that happens it’s best to get back on the horse. Why not? There are no lack of words, ideas, directions. Can I save the story? The Character? Sure I can. Do I want to? Maybe, maybe not.

I wouldn’t have known that, of course, unless I let some beta-readers tell me what is what.

So, please, share your stuff with someone who’ll tell you the truth, or else you’ll be writing books that no one wants to read. And for us writers, that’s a fate worse than root canal.

The Story in Question: 500 Mondays, by David Hunter
Posted by TheWritersDen at 11:55 PM