Bare Bones Writing – Dig It!
The Lost Blog Post
This was a post I was supposed to put up at the Writer's Den in late November, explaining my futile and strange writing process while attempting National Novel Writing Month.  At the time it sounded rather whiny and excuse-laden (typical David!) but upon re-reading it I find that it's quite interesting: it illustrates the inner workings of a writer In Media Res; in the midst of the chaos we call 'Writing'.   So enjoy my first blog post of 2011, a little thing called ... Bare Bones Writing. 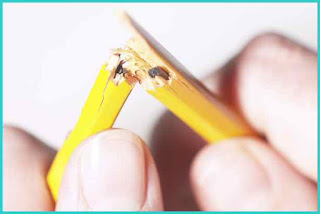 Three weeks ago I was cajoled into taking part in National Novel Writing Month, not because I was shamed into it, but because I saw how much fun everyone was having in the grand attempt to get a book written in 30 days.
Did I say fun? Ha!


Sure, the word count starts off at a manageable clip: 1666 words a day. But when you miss a day, that total climbs by 58 words, then 118, and so on. There’s really no time to mess around. When you start missing two or three days, well, it gets ugly, but the prospect of a marathon session of 10,000 words always seems to soothe the blasted soul and scuppers the guilt for a while.

Until you miss another day, and another. And, who wants to slug out 10,000 words under such pressure?

This is what happens when you start to ponder the incoherent mess being dictated on the pages of your novel. You get afraid to look at the jumbled words and tortured prose! Lord, it hurts your head! And quite frankly you just can’t get past the fact that it’ll all get fixed in the editing, so you start avoiding the stinky old thing (okay, I’m really talking about me, here).

I’ve been experimenting with a kind of hurly-burly, helter skelter, willy-nilly type of writing which involves putting thoughts down as fast as my hunt and peck style typing allows, and ignoring any and all major editing/rewrite urges. And it gets worse; in lieu of fast-dwindling plotlines and story arcs, I’ve been introducing seemingly endless and ridiculous plot twists of the daytime soap opera variety (any port in a storm), I figure that any superfluous plotlines can be edited out later and any extraneous characters can meet a hasty demise by falling off a cliff in a sudden flash of contrivance. There’s also lots of conversations between characters, mostly because I can write them quickly (yes, I cheat in this manner).

Due to this harried method of writing, there are a plethora of notes to myself between paragraphs, like “extend scene at later date” or “Kill this character, he’s annoying!” - mostly because I’m just getting the bare bones of the story down, exhuming that skeleton, and putting off the major restructuring until later (even though it kills me).

Half the time I’m only describing scenarios in half-baked and stunted prose in a kind of Hemingway/Dr. Seuss prose meld:

Danny walked into the room, plopped onto the couch, and pulled out a cigarette.

Further description only takes time and time is of the essence!

This is what I call bare bones writing.

Of course, when I do this I tend to undercut the real reason for doing NaNo in the first place: to get 50K done in 30 days. You’d figure that being more verbose only helps the narrative and fills pages faster, but that’s secondary; once I get the damn story down I figure I can expand scenes and get the numbers up. But boy is it ever hard not editing while the whole mess lies on the page! The urge to go back and sort out the disaster is almost palpable.

But still I keep writing, leaving a trail of badly composed (or decomposed) phrases and half realized scenes.

The chase for 50,000 words can get crazy, the mad scramble, fingers tripping over each other; words aren’t flowing like endless rain into a paper cup! There’s no time, ideas and scenes are drying up, characters start to drift, reasons for certain characters existing become dubious! Emergency! My story is going down the tubes!

But I take a deep breath and say to myself, 'I’ll sort the disaster out later.'

I suppose “Bare Bones Writing” can be summed up like this: get the damn skeleton of the story down before you forget it, and having a good ending and writing towards it helps. So does a few gallons of coffee.

Curiously, I’ve avoided a stagnant story by hopping from one scene to another, back and forth in the time-line of the book, kind of like that Pulp Fiction movie.  I figure this happens because a scene stops working and it's easier and more conducive to my lazy nature to just switch to something else, another scene or setting.  Of course, that other scene you abandoned is still there, waiting like an old container of food you forgot to throw out last month. So there are bugs in this particular system; it is what it is (A phrase that is quickly gaining vogue, and fast becoming an annoyance).

Anyway, how has National Writing Month affected me? Well, I have a lot more respect for the work that goes into a long form story. While it’s all well and good to pile through a manuscript at light speed to get it done in 30 days I must admit that I suffer the age old problem of not having enough of a story to stretch out to 50,000 words. Also, my own deficiency – typing at 25 words a minute, tends to slow the process down.

But here’s what I’ve learned by attempting NaNo; writing at a 2000 word a day pace requires a strong story, a strong story arc, and strong characters. It also requires a free-form attitude; a story has to go somewhere, and if a scenario pops into my head I have to go with it, because there’s no time to hedge, and because I can always edit it all later.

Also, I’ve learned that the prospect of having a book written in 30 days is quite a thrill, an instant gratification if you will. It’s become a kind of obsession; I wanna see the damn thing written, and I wanna have people read it, and I can find no better reason for writing a book and being a writer.

(David, presently): As of this this posting, I have actually managed to get my 50,000 words down.  I have a book written, albeit it's quite a mess.  Editing!

Thanks for dropping by the Den, and keep scribbling. Happy New Year, and let's make 2011 the best writing year ever ...
Posted by TheWritersDen at 3:00 PM