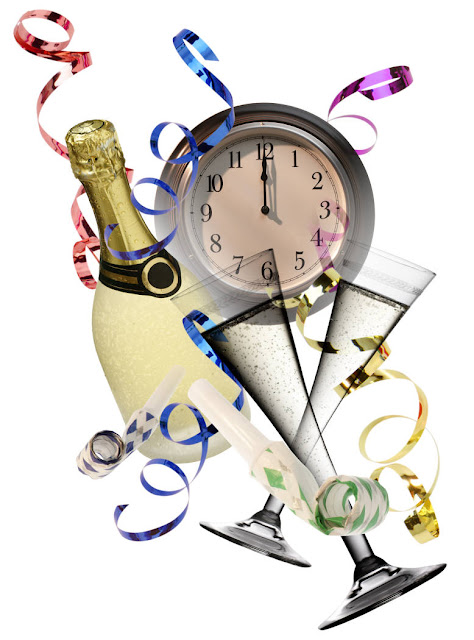 Drop the last year into the silent limbo of the past.  Let it go, for it was imperfect, and thank God that it can go.  ~ Brooks Atkinson


At the end of my first decade on this planet, when 1979 turned over to 1980, I remember being frightened by the number. It represented the unknown, and for a little kid the unknown was awfully scary. When the 80’s ended I was more concerned at how strange the number 1990 looked. And in 1999 …

Well, you get the picture.

I’m nostalgic by nature; I used to get sentimental watching final episodes of old TV shows (The best was M*A*S*H, but the saddest was The Wonder Years …) and watching a new year turn over always gave me that weird feeling, that sensation of being hurled into unknown territory, after all, the New Year is unscripted, an unknown quality. What lies beyond December 31st, 2010? Who knows.

It’s all in the mind of course; there’s no cataclysmic changes set to occur on January 1st, 2011, but the very date suggests change, catharsis, new meanings, new resolves, new feelings, new directions; and when the winds of change take hold people tend to go with the flow. In other words, people will change things, not a date on a calendar. But oh what those changes bring!

Because it’s not just a new year, but a new decade, and if you look back, you’ll find that the turn of a decade brings about great changes (See 1950: Rock ‘n Roll, 1960: Hippies, long hair, Psychedelia, 1970: Disco, Earth-tones and Heavy Metal, 1980: New Wave, MTV, Rap …etc, etc ... and with that in mind, I guess there's nothing we can do but ride the wave of this coming decade, and see where it takes us.

“No one ever regarded the First of January with indifference. It is that from which all date their time, and count upon what is left. It is the nativity of our common Adam.” ~ Charles Lamb

It’s a new decade; let’s make something new of it, okay?

Happy New Year, from David Hunter and the Writer’s Den.


Le Buzz on David Hunter
I’ve been growing rather static on the blog front, so I decided to try and improve the Writer’s Den with a few changes. Mostly, the changes consist of writing more content (and more writing is always a good thing …) and adding more features. One of those features is a new Dashboard called Wiki-Den, intended as a hub for all my activity: links to stories, articles, Writing Resources and other things. It’s a ‘Wiki’ because it’s short and quick information for the time-challenged peruser. And lord knows we’re all a little time-challenged …

I want to thank all of the Den’s readers, you made this blog possible; I know it’s been wildly inconsistent and there have been long stretches between posts, but I hope to rectify that in the New Year (Hope!) and I wish you all the best. Be blessed, and take care. May we meet again soon.