Thoughts Too Long for This World: Quotes on Writing and Other Things …

I love posting quotes on Twitter and Facebook, but often they’re chopped up and edited to fit stringent character limits or are just too long to post because friends and followers alike prefer short sound bites, and if a phrase is longer than Gone with the Wind usually they’ll tune out after the first few sentences. It’s a shame because a lot of the longer quotes on writing are very interesting, and I feel a twinge of horror when I have to edit one of them down into small edible bits. Here are a few that you might enjoy. So, uh … enjoy! 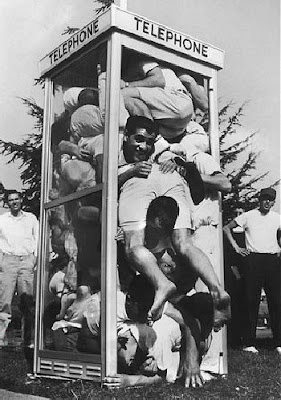 ❝...After all, all he did was string together a lot of old well-known quotations.❞ ༺༻ H.L. Mencken on Shakespeare


❝You can approach the act of writing with nervousness, excitement, hopefulness, or even despair; the sense that you can never completely put on the page what’s in your mind and heart. You can come to the act with your fists clenched and your eyes narrowed, ready to kick ass and take down names. You can come to it because you want a girl to marry you or because you want to change the world. Come to it any way but lightly. Let me say it again: you must not come lightly to the blank page.❞ ༺༻ Stephen King ~ On Writing: A Memoir of the Craft


❝If you stuff yourself full of poems, essays, plays, stories, novels, films, comic strips, magazines, music, you automatically explode every morning like Old Faithful. I have never had a dry spell in my life, mainly because I feed myself well, to the point of bursting.❞ ༺༻ Ray Bradbury


❝Do not be grand. Try to get the ordinary into your writing — breakfast tables rather than the solar system; Middletown today, not Mankind through the ages.❞ ༺༻ Darcy O’Brien

❝A writer who does not speak out of a full experience uses torpid words, wooden or lifeless words, such words as "humanitary," which have a paralysis in their tails.❞ ༺༻ Henry David Thoreau

❝The commas are the most useful and usable of all the stops. It is highly important to put them in place as you go along. If you try to come back after doing a paragraph and stick them in the various spots that tempt you you will discover that they tend to swarm like minnows into all sorts of crevices whose existence you hadn’t realized and before you know it the whole long sentence becomes immobilized and lashed up squirming in commas. Better to use them sparingly, and with affection, precisely when the need for each one arises, nicely, by itself.❞ ༺༻ Lewis Thomas

❝All the fantasy writers I know have a way of dwelling on their own fears and phobias. A writer spends his life being his own psychiatrist.❞ ༺༻Charles Beaumont

Semicolons . . . signal, rather than shout, a relationship. . . . A semicolon is a compliment from the writer to the reader. It says: "I don’t have to draw you a picture; a hint will do.❞ ༺༻ George Will

❝Writing is the hardest work in the world. I have been a bricklayer and a truck driver, and I tell you – as if you haven't been told a million times already – that writing is harder. Lonelier. And nobler and more enriching. ༺༻ Harlan Ellison

❝In many cases when a reader puts a story aside because it ‘got boring,’ the boredom arose because the writer grew enchanted with his powers of description and lost sight of his priority, which is to keep the ball rolling.❞ ༺༻ Stephen King, On Writing: A Memoir of the Craft

❝The good writing of any age has always been the product of someone's neurosis, and we'd have a mighty dull literature if all the writers that came along were a bunch of happy chuckleheads.❞ ༺༻ William Styron


❝The basic rule given us was simple and heartbreaking. A story to be effective had to convey something from the writer to the reader, and the power of its offering was the measure of its excellence. Outside of that, there were no rules.❞ ༺༻ John Steinbeck

❝We are lonesome animals. We spend all our life trying to be less lonesome. One of our ancient methods is to tell a story begging the listener to say—and to feel—”Yes, that’s the way it is, or at least that’s the way I feel it. You’re not as alone as you thought.❞ ༺༻ John Steinbeck

❝When I am attacked by gloomy thoughts, nothing helps me so much as running to my books. They quickly absorb me and banish the clouds from my mind.❞ ༺༻ Michel de Montaigne

❝One nice thing about putting the thing away for a couple of months before looking at it is that you start appreciate your own wit. Of course, this can be carried too far. But it's kind of cool when you crack up a piece of writing, and then realize you wrote it. I recommend this feeling.❞ ༺༻ Steven Brust

❝The novel is an event in consciousness. Our aim isn't to copy actuality, but to modify and recreate our sense of it. The novelist is inviting the reader to watch a performance in his own brain.❞ ༺༻ George Buchanan

❝Writing is a cop-out. An excuse to live perpetually in fantasy land, where you can create, direct and watch the products of your own head. Very selfish.❞ ༺༻ Monica Dickens

❝Writing wasn’t easy to start. After I finally did it, I realized it was the most direct contact possible with the part of myself I thought I had lost, and which I constantly find new things from. Writing also includes the possibility of living many lives as well as living in any time or world possible. I can satisfy my enthusiasm for research, but jump like a calf outside the strict boundaries of science. I can speak about things that are important to me and somebody listens. It’s wonderful!❞ ༺༻ Virpi Hämeen-Anttila

❝Are we, who want to create, in some way specially talented people? Or has everybody else simply given up, either by preassures of modesty or laziness, and closed their ears from their inner need to create, until that need has died, forgotten and abandoned? When you look at children, you start to think the latter. I still haven't met a child who doesn't love - or who at least hasn't loved - drawing, writing or some other creative activity.❞ ༺༻ Natalia Laurila

❝Reading usually precedes writing and the impulse to write is almost always fired by reading. Reading, the love of reading, is what makes you dream of becoming a writer.❞ ༺༻ Susan Sontag

❝Like everyone else, I am going to die. But the words – the words live on for as long as there are readers to see them, audiences to hear them. It is immortality by proxy. It is not really a bad deal, all things considered.❞ ༺༻ J. Michael Straczynski

❝All writers are vain, selfish and lazy, and at the very bottom of their motives lies a mystery. Writing a book is a long, exhausting struggle, like a long bout of some painful illness. One would never undertake such a thing if one were not driven by some demon whom one can neither resist nor understand.❞ ༺༻ George Orwell


❝I learned that you should feel when writing, not like Lord Byron on a mountain top, but like a child stringing beads in kindergarten - happy, absorbed and quietly putting one bead on after another.❞ ༺༻ Brenda Ueland

I can’t help but to write, I have an inner need for it. If I’m not in the middle of some literary project, I’m utterly lost, unhappy and distressed. As soon as I get started, I calm down.❞ ༺༻ Kaari Utrio

❝Coleridge was a drug addict. Poe was an alcoholic. Marlowe was killed by a man whom he was treacherously trying to stab. Pope took money to keep a woman's name out of a satire then wrote a piece so that she could still be recognized anyhow. Chatterton killed himself. Byron was accused of incest. Do you still want to a writer - and if so, why?❞ ༺༻ Bennett Cerf

❝The quality which makes man want to write and be read is essentially a desire for self-exposure and masochism. Like one of those guys who has a compulsion to take his thing out and show it on the street.❞ ༺༻ James Jones

❝It's tougher than Himalayan yak jerky on January. But, as any creative person will tell you, there are days when there's absolutely nothing sweeter than creating something from nothing.❞ ༺༻ Richard Krzemien

Got a long quote that won’t fit Twitter? Send it along and I’ll post it in future additions of “Thoughts Too Long …”

Thanks for stopping by the Den. Take care now, and keep scribbling …
Posted by TheWritersDen at 8:31 PM