A Blog about Nothing;  What Else is New? 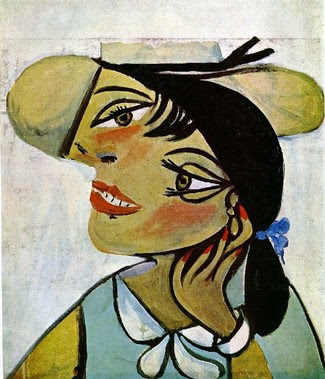 ...A self-portrait of David Hunter before his morning coffee ...


I was digging through my Magic Box in search of a topic for this week’s Writers Den, when I came across a list of useless information, which I will now burden you with. Apparently, in the throes of utter ennui, I jotted these gems down in hopes that they would someday be useful. Although this is not that day, I will share them with you anyway.

I make it a point never to write in my underwear.


Times New Roman is the most boring font on Earth.


Laughter turns to Slaughter when you add an “S”


Why do people shake their sugar packets?


Writing to classical music in the background turns one into a raving maniacal scribe (see Deathtrap, by Sydney Lumet)


I have not, and never shall use the term ‘Bro-mance’


I have not, and never shall partake in nonsensical whimsies, such as this blog post.


Life is like a box of frozen Chicken Nuggets; you never know what you’re gonna get.


I have never been to Dubuque, Iowa.


A Baby echidna is called a ‘Puggle’


There is a simple rule to tell an ape from a monkey: Monkey’s have tails, apes do not.


If I hear ‘would you like some coffee with your sugar’ one more time I’m gonna scream.


In August 1923 the city of Kalamazoo, Michigan, passed a law forbidding dancers to stare into each other’s eyes.


Ben Franklin got up early everyday and sat naked for an hour reading or writing.


The world record for spitting a cherry pit in official competition is 82 feet.


According to the book of Genesis, chapter one, verses 20-22, the chicken came before the egg.


The largest Hamburger in the world was made in Wisconsin: it weighed 5,520 pounds.


I have never been to Peoria, Illinois.


In the Ukraine, ducks go 'Krya -krya' (must use that in my next novel!)

For the past few weeks I've been wrapped up in reading and editing scary stories for the Campfire Halloween Special.  Suffice it to say there has been a rather strange side-effect to this: I am afraid to turn the lights off at night! Night after night I am ensconced in ghostly tales of disembodied entities and things that go bump in the night, and I guess I'm getting a little paranoid.  Just this morning, whilst I was sleeping fitfully (dreaming of Alexis Bledel, or was it Meryl Streep?) A small voice accompanied by a gentle poke in the ribs woke me up out of a dead slumber.  Blurry-eyed and confused, I woke expecting to punch someone in the forehead, because I hate being woken up like that (unless you're Meryl Streep ...)

But there was no one there.

See? It's crazy.  I guess it's just the power of suggestion.

One night I was woken from a fitful sleep.  It wasn't anything in particular at first, but as my head cleared I realized that it was a raven, perched above my chamber door, squawking.  A raven perched above my chamber door, and nothing more.  So I threw a shoe at it, and it vanished into ether.  At this point I became concerned.  Also, Edgar Allen Poe was sitting at the foot of my bed.
"David, I'm disappointed in you.  Raven's are beautiful creatures." he said. The Raven reappeared, and  flew to his out-stretched arm and sat there staring at me.
I rubbed my eyes for a few seconds, but Poe was still there.
"You're Edgar Allen Poe" I said.
He sighed.  "Yes, I am.  I want to talk to you about something ..."
I sat up in bed and watched as a sheaf of papers materialized in Poe's hand.
"Your writing is an affront to decent writers everywhere.  You must cease this infernal scribbling and get down to it.  Time wait's for no man." he said, waving the papers. They made no sound.
"Where did you get that?" I said.
He started leafing through, what I assumed, was a story of mine.
"An abomination of epic proportions!" he muttered.
"Aren't you dead?" I interrupted.
"Perhaps I am, perhaps I am a figment of your torpid imagination"
"Torpid? Listen Poe ..."
"Perhaps you cannot live up to my genius.  I am a hard act to follow." he said.
This was probably true.
"Yeah, well, YOU try writing classics living in this age of information technology! Everywhere I go I'm bombarded! Internet! Cable TV! 24-hour news cycles! My inner-life has been besieged! I have no peace!"
"Cry-baby" he said.  "At least you have running water."
"So I'm not worthy, sue me!"
"In the high court of literary crimes, you have been found guilty, David." said Poe.  He tossed my sheets of paper (if indeed they were mine at all ) and they fell to the ground and he disappeared. The room was silent again.  But of course I couldn't get back to sleep ...
More chilling tales from David's brains coming soon ... stay tuned.