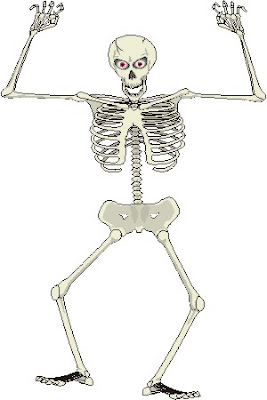 Despite the fact that I host a yearly Halloween fiction special over at the Campfire Pages, horror is not my preferred genre. For one, it’s simply too scary for me, and two, it’s hard to write. As Stephen King often says; in clumsy hands comedy turns to dirge and horror turns to comedy. My horror always turns to comedy. My mind just seems to go that way.

While I love Stephen King for his contributions to American letters, I prefer his less graphic work, the creepy stuff, the stuff that seems normal, then twists and turns and tingles the spine. Not necessarily bloody, but unnerving; some of it borders on existential horror even.  I mean, reading about someone rearing up out of a grave and coming back to life is interesting, but I suppose my sensibilities are much more subtle. I prefer the quiet and off-center type of stories, which can scare the daylights out of me all the same.

When I first started reading submissions from my Twitter friends and writers, I was kinda shocked; some of the stuff these people wrote was rather disturbing. I don’t know where they got their ideas from (I don’t wanna know!) but they set the bar pretty high in terms of creativity and spookiness. I remember being overwhelmed and intimidated; how could I match these fine writers in creepiness and style? Should I start hanging out in grave yards and abandoned mental hospitals?

Which brings me to the reason for the Campfire Halloween Special; I love to read stories. And I love to learn from them.

Sure, I’m not the greatest horror writer, but I can always learn, and reading all those fine tales of death and horror, ghostly hauntings, slitherings in the dark, I began to get a sense of what a good scary tale is.

Recently I came across a man who told me a creepy story about a severed head.

Back in High School, so he says, a classmate of his showed up to class with a strange gym bag. He placed it on the floor beside him and sat there quietly. Naturally the kids began to razz him; they wanted to know what was in it. The student remained quiet, and rather ashen, but eventually let his class in on his little secret once the teacher was out of the room.

It was a severed head, found out behind the school along the Canadian National Railway tracks, which he walked along on his way to school in the mornings. He had seen the thing lying there and brought it to class.

Now, I don’t know if this story is true or not, or If this man was just pulling my leg, or if he thought he could pull one over on me, or if I looked like the type of person gullible enough to believe that someone would take a human head, put it in a duffel bag, and bring it to class to show his friends,  but the fact is it’s a sufficiently disturbing little anecdote. Whether it’s true or not is irrelevant – the tale takes on a myth of its own, doesn’t it? And we ARE in the myth-making business, aren’t we? I know it’s rather gross and disturbing, but I still find a horrific kind of humor in it; you laugh so you don’t cry.

So, with respect to the Campfire Halloween Special, I shall try to be crazy and twisted, I shall try to be brave. I shall try to believe that severed heads can be lying around someplace, and that I may come across one. I can try to creep you out a little, and maybe I can give you a few nervous and hesitant laughs in the bargain.

Will you join me?


Okay, so now that I have your attention, I need your scary stories. Got a good one? Here are all the details for your submission to the Campfire Halloween Special ...

Brought to you by the Halloween Arts and Horror Association (HAHA)

I'm opening up the Campfire Pages in October to anyone who wants to share a scary story. Just DM me on twitter at @TheWritersDen, or leave a message in the comments section below. Don't send attachments, just cut and paste the story into the message box. Oh, and keep it at 2000-4000 words or less; and make it scary....so scary it'll make Stephen King's toes curl with fear!

Hoping to hear from you soon. I'm off to write some scary stuff....

Note: If it's a really great lengthy story, I'll consider posting it in parts.

Posted by TheWritersDen at 9:16 PM