Writing a Novel is Easy? Since When? 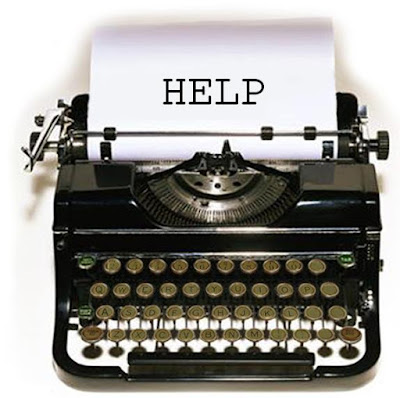 Conversations with my Muse


"Always know the end before you know the beginning ...”

I recently got into it with my muse, A shadowy figure not unlike Lady Godiva, who started asking me why my book wasn’t written yet. I had no haughty replies, I just stated the obvious; these things take time.

She scrunched up her brow like I had said something offensive.

“Why do you think it’s easy?

She leaned forward, “C’mon. Twilight? I could write that in my sleep.”

“There are a lot of things to consider,” I say.

“Story. You need a good story.”

“Ah, but then you need an interesting protagonist.”

“Okay, I guess you mean the main character.”

“Yeah. Also, the protagonist, the main character, has to be interesting enough to carry the story.”

“No, a personal, emotional and cathartic story arc. He can’t be the same at the end of the book as he is at the beginning.”

“Cause what’s the point of following this guy through 300 pages if he just ends up the same?”

“Oh. Never thought of that. Well, that doesn’t sound so hard.”

“What about conflict? Drama? We need an antagonist in this story …”

“Right, someone who causes our hero distress.”

“Yeah, the novel should have a theme, a motif, it’s gotta be about something other than the story …”

“Then of course, you have to curb character drift.”

“You gotta keep your characters from acting OUT of character …If the characters are not acting like themselves you’ll lose the reader.

“This is getting complicated …”

“What POV should you write your novel in?”

“Aren’t you making this more complicated than it should be?”

“No. Like I said, there’s things to consider. Language, for instance.”

“Language? What about English?” She says, laughing.

“I mean, how do people talk? Which brings us to dialogue.”

“Oh, dialogue. Well, I talk enough (laughs) so I should be able to write dialogue easily.”

“Not so easy. You can’t write book dialogue the way people actually talk, you couldn’t get a decent sentence down that way … human speech is fraught with broken sentences, half-thoughts, uh’s and um’s … and you need dialogue attribution or people won't know who's saying what ...”

“And, do all the characters talk the same way? You need dialogue quirks, inflections unique to each character, so they don’t all sound like each other. Where are the characters from? Does that influence their speech patterns? Will one character from Place B curse a lot whereas character from place A will not? Or vice Versa? How about back story? These people need a history of some sort, or they won’t seem real.

“And research. You can’t forget research.”

“What’s there to research? I have Google for that.” (Laughs again, but this time nervously)

“Setting, you have to set the story someplace. Some research is in order there. Also, if you’re writing a police story or a story involving high finance, say, you need to do your homework or you’ll look rather silly.”

“I never thought of that.”

“And your characters can’t be vague, or clichéd, and your prose can’t be dull. Same goes for your actual story; you can’t trot out a tired old plot and expect people not to fall asleep reading it. It’s a fine line to walk.”

“I never knew so much was involved.”

“Then there’s the second draft, maybe a third draft (which would be a polish …) editing, copy-editing, re-writes …”

“Whoa! You have to write the book again?”

“I’m beginning to think not.”

“You also can’t be Polemic.”

“Yeah. You can’t beat people over the head with a message, or a theme, you can’t have an axe to grind.”

“You mean you can’t lecture your reader?”

“Right. They’ll throw your book off a cliff and tell you to go chase it.”

“I thought writing was supposed to be fun and easy. What’s with all the strict guidelines?”

“No guidelines, but you need to know your stuff. For instance, you need to outline a novel before you start to write it. A novel needs prep work, or you could be writing in circles.”

“Ugh. Hate outlines. My English teacher used to make me do those for my essays.”

“Right, and you also need chapter outlines. You need to know where your story is going. And here’s a spoiler, you have to know the end of your book before you know the beginning.”

“Sorta, but in a not so Twisted way.”

(Shakes head) “Why would you want to be a writer? Sounds like a lot of work.”

“That’s what I’ve been telling you!”

“You must be crazy.”

(She sighs, takes a sip of her drink) Forget I mentioned it!

“See? Always know the end before you know the beginning.”