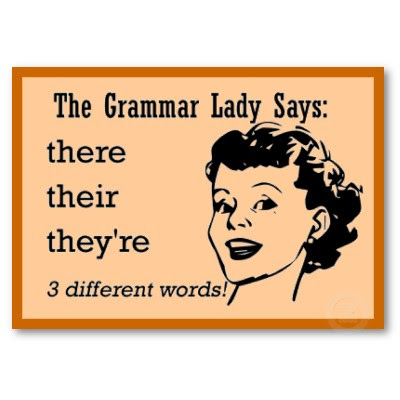 "I will not go down to posterity talking bad grammar."
- Benjamin Disraeli

It is said that back in the 1940's, the following message was prominently displayed at the front of the main chemistry lecture hall at a major university:

"The English language is your most versatile scientific instrument. Learn to use it with precision."

In the intervening years, the teaching of proper grammar in the public elementary and high schools fell into disfavor. The inevitable result is that manuscripts submitted to us are often full of grammatical errors, which their authors probably do not even recognize (and often would not care about if they did).

We regard this state of affairs as deplorable, and we want to do something about it. For many years we have tried to correct the grammar of papers that we publish. This is toilsome at best, and sometimes entails rather substantial rephrasing. It would obviously be preferable to have authors use correct grammar in the first place. The problem is how to get them to do it.

One fairly effective way is to provide examples of what not to do; it is particularly helpful if the examples are humorous. We have recently seen several lists of grammatical examples of this type. A few weeks ago we found taped to a colleague's office door the most complete one we have seen. (He tells us it was passed out in a class of Darthmouth - not in English - at the time a term paper was assigned). We reproduce it here in the hope that it will have some effect.

1. Make sure each pronoun agrees with their antecedent.
2. Just between you and I, the case of pronoun is important.
3. Watch out for irregular verbs which have crope into English.
4. Verbs has to agree in number with their subjects.
5. Don't use no double negatives.
6. Being bad grammar, a writer should not use dangling modifiers.
7. Join clauses good like a conjunction should.
8. A writer must be not shift your point of view.
9. About sentence fragments.
10. Don't use run-on sentences you got to punctuate them.
11. In letters essays and reports use commas to separate items in series.
12. Don't use commas, which are not necessary.
13. Parenthetical words however should be enclosed in commas.
14. Its important to use apostrophes right in everybodys writing.
15. Don't abbrev.
16. Check to see if you any words out.
17. In the case of a report, check to see that jargonwise, it's A-OK.
18. As far as incomplete constructions, they are wrong.
19. About repetition, the repetition of a word might be real effective repetition - take, for instance the repetition of Abraham Lincoln.
20. In my opinion, I think that an author when he is writing should definitely not get into the habit of making use of too many unnecessary words that he does not really need in order to put his message across.
21. Use parallel construction not only to be concise but also clarify.
22. It behooves us all to avoid archaic expressions.
23. Mixed metaphors are a pain in the neck and ought to be weeded out.
24. Consult the dictionery to avoid mispelings.
25. To ignorantly split an infinitive is a practice to religiously avoid.
26. Last but not least, lay off cliches.

For a one-page printable version of this post to pin up on your bulletin board, go here: Grammar -- Printable Version

Don't Leave Yet! More Stuff Ahead ...


The first time I read this it drove me nuts; I wanted to correct Mr. Trigg's humorous examples of bad grammar. Even as we speak I am all too aware that you the reader are now watching to see If I make some type of error in this post. Isn't that a kick in the Irony Pants? You won't find any though. I am never more vigilant about bad grammar then when writing a post about it.

A lot of times bad grammar does tick me off; I see it everywhere I go. Restaurant signs, newspaper columns (even a HEADLINE was botched a few times, deplorable) and it's not so much the human speak that bugs me, but the people who make the signs and write the newspapers, they should know better, shouldn't they? And If you're going to pay out a pile of dough for a sign for your Restaurant, shouldn't you do a little spell checking?

The reason I don't bug people about their atrocious grammar is because it just exasperates me, and what the heck, it makes people more colorful doesn't it? And If I went the route of chastising these people for not speaking the Queen's English I guess I'd have no friends left. This role of Grammar Cop usually leads to blow-back: I'd have to speak with the guile of a master elocutionist ever after so these phonetic manglers couldn't get back at me for mispronouncing the word 'affidavit' or leaving a participle dangling. Also, correcting someone's grammar in the middle of a conversation is just bad form and will only make you look like an elitist asshole. Better to write down said person's grammatical indiscretions and send them in a polite email far from flying fists and harsh language.

Time for me to stop talking and show you some examples of bad grammar that drive me absolutely batty. Some are funny, and some ... well ... as Chuck Jones says, "... they'll leave linguists swooning in phonetic horror ..."

(Note: This post was written under extreme duress due to the subject matter and any glaring typos or grammatical errors are in fact attributed to mischievous elves who on occasion open up my files during the night and purposely hack up my docs. Carry on my wayward reader ...) 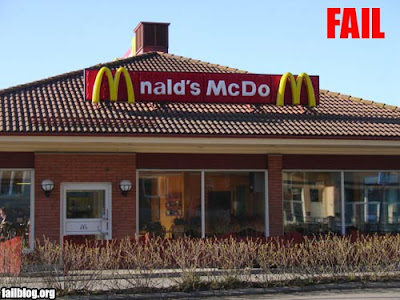 Okay, this may not count as a grammatical error; more of a bone-head mistake. 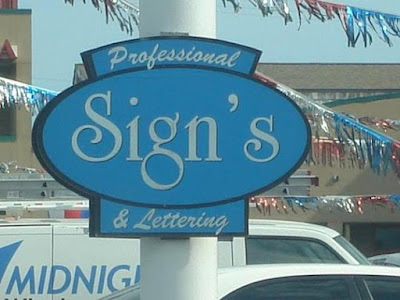 Just because we make signs doesn't mean we have to be grammatically precise or anything! Chee whiz! 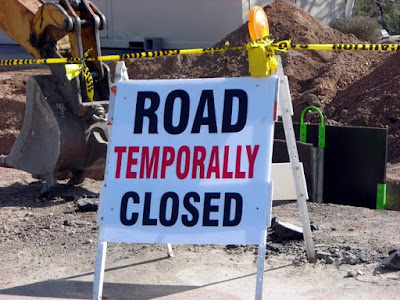 To a wandering astrophysicist this road sign may mean the secret to time travel has finally been discovered! 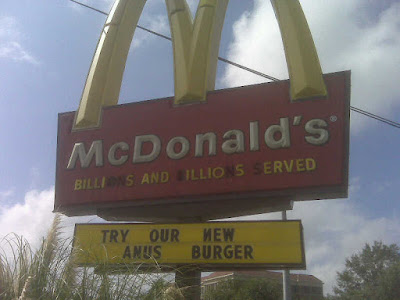 Not picking on McDonald's here but ... that sign's not gonna sell too many burgers. 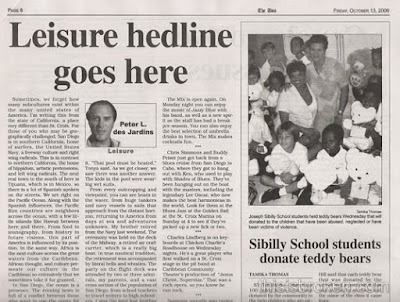 That's what yah get for cutting back on proof-readers! 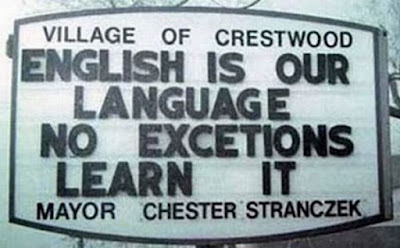 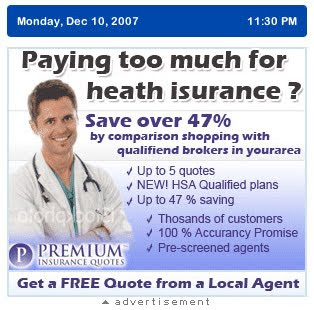 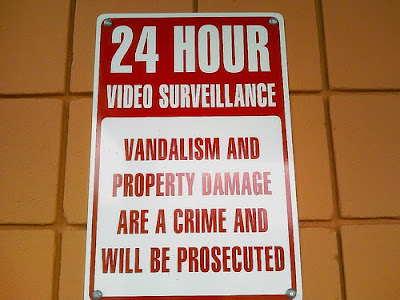 Grammar and tpyos are a crime! (this one SOUNDS correct at first, but it's dubious ...)