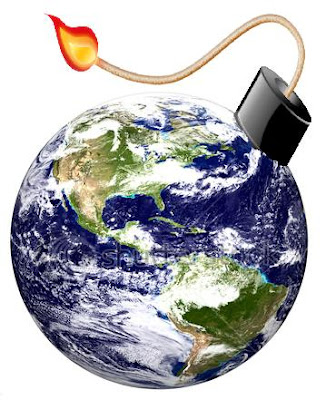 "I have another 365 days to be a writer and I’m going to bloody well enjoy it!"

I’m sitting at my desk looking at that date and it looks like it came right out of a science fiction novel. I have to admit, it makes me uneasy knowing that this might be the last year of our existence, if you believe some moldy old calendar created 2000 years ago by a group of toga-wearing perverts is accurate. Me, I think the world will plod along just fine, thanks.

I've heard this all before. When the calendar changed over to 1980, the same type of crack-pots came out of the wood-work and declared that the world would end and that California would sink into the Pacific Ocean, and the same types wandered out to the desert to perform mass suicides because they just couldn’t face the end of it all.  Boy howdy!

I guess the joke’s on me if the Mayans were right (but what did they know, they didn’t even have internet!)

As far as I’m concerned it’s business as usual. I have another 365 days to be a writer and I’m going to bloody well enjoy it!


Positive Aspects about the End of the World
You won’t be able to avoid the election in November, but you can avoid tax season next year!

Run up your credit card bills. Who cares? Buy those Ronco Veggie-Smooshers by the truckload.

Let’s hope the Mayans were a little off on their calculations and the END comes during the telecast of the Oscars. Or the Super bowl Halftime show.

You know those cheesecakes you pass in the grocery store? The ones you eye ruefully? The ones you sniff at and say things like ‘I don’t need it’? Load up! It’s party time!

Now is the time to experiment with crop circles on your front lawn.

Nothing like a good para-sail off the roof of your local city hall!

Now you can build that 16 foot fence around your house to piss off the nosy neighbors. By the time it gets to court we’ll all be vapor.

You can now tell everyone EXACTLY what’s on your mind, at EXACTLY the most inappropriate times (which should make for some interesting dinner parties.)

Remember how you’ve always fantasized about mowing the lawn in your birthday suit?

Social filter? Out the window! (See above)

Finally, something will stop the Rolling Stones from performing 'Start Me Up' anymore!

All the best in the new year! And thank you for choosing The Writer's Den!
Posted by TheWritersDen at 11:56 PM