Writing: Do you Like it or Love it?
TheWriterFiles || 1.4 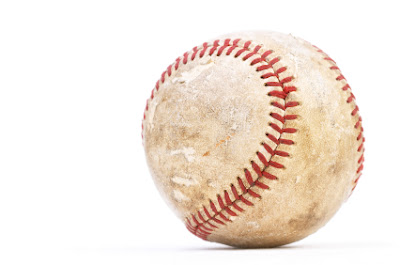 Call me a cock-eyed optimist, but I always assumed writers loved to write, until I read an article recently, called ‘For the Like of the Game’ by Dirk Hayhurst, baseball player, and now writer.

Now, Dirk Hayhurst has decided to bust a long held myth about baseball players, the one about how they love the game, would die for the game, would play the game for free:

A couple of days ago, I was talking to a front office guy with the Bulls about how I got propositioned to write an article about life on the famous Durham Bulls baseball club. I said that I wanted to write about what minor league life is really like (a bad habit I have, one you may have noticed if you’ve read my book). He said, and I quote, “yeah, but no one wants to read about that, they want to read about the love of the game.”

I gave this instinctual cringe when he said that phrase, for the love of the game. He wasn’t, in effect, telling me what I should write, he was simply referring to a commonly held belief that all players play because they love baseball more than anything else in the world, and that love covers up a multitude of evils in what is otherwise a work to live, live to work, death and taxes human existence.

I got to thinking, does this apply to other professions? Certainly it does with acting – I’ve heard the great Anthony Hopkins himself say he harbors no real love for acting, it’s just that he’s so good at it and he makes TONS of money, so why stop?

Question: do you write for the love of the craft, or do you just ‘like’ it a lot?

The very idea that we could spend our lives doing something and not love it is a very foreign concept to me. Certainly baseball players, major leaguers even, love the fact that they get paid to play a game, but again, Mr. Hayhurst spills the truth:

Would Stephen King continue to write if he was no longer paid for it? Somewhere along the line we have to accept the fact that in order to survive we must take a business-like approach to things, but does it kill the love for it? Back when I was a working musician I started to despise playing the guitar day after day. Sometimes I wouldn’t pick it up for weeks at a time. I think I kept playing it because everyone was always telling me how good I was at it, and I didn’t want to let them down. I fear that had I become rich playing music I would have been a miserable bastard (yes, money is great, but not at the expense of art!), and ultimately it was a badge of honor to be able to play the guitar, especially among friends and peers.

I like baseball, and that’s as good as it’s going to get. I like it more than any other job option that is out there at the moment, but I could never love it because I know it will never love me back. I’m just another man in a long, string of men it will break the heart and back of should I put either into its service for too long. It’s not worthy of my love, just my respect, which I freely give as long as it respects my wishes to keep the relationship strictly professional.

I love writing, I mean, I MUST, since I’ve been doing it for years and have not received much back in return. I’m not being disingenuous, I really mean it. I write for the love of it. I know this because I’ve had other ‘hobbies’ that I grew tired of; art, for instance. I was a good cartoonist, but doing it every day became a chore; and the fact that every one kept praising me for my skill was just inflating my ego – so I continued on with it because of that. We like it when someone tells us we’re good at something, don’t we? We like the compliments, so we keep going even though we want to stop, to the point that we start resenting our craft. My guitar, for instance, I started looking at it and the desire just was not there anymore to pick it up and play. Sad, because at one point in time I played for the love of it, for the hell of it.

So, dear baseball purist, you ask why then do I play? Assuming we are on the same page and not simply having this discussion for the sake of semantics, I play for the same reasons a lot of people do what they do: because I’m talented at it.

I like writing, I probably LOVE it, and I wish to do it for a living. I feel I’m good at it, and I hope it doesn’t kill the passion I have for it once I have to rely on it to make a living. I hope I get the same feeling of happiness every time I open a Word Doc or start a new story, that I don’t start to reject the craft when deadlines become a factor or bills are due, or I have to write every day or else. So far so good …

I’ve been yelled at when I correct fans about playing for love and playing for like. Their reactions range from shock, the kind that comes when a person says, “there is no God,” to twitching eyebrows and the covering of children’s—dressed in a little league uniform—ears. “Don’t say you don’t play for the love of the game because that’s what children believe you play for!”

I scratch my head at that comment, children believe. That’s because children can play for the love of the game. They should play for the love of the game because they are not in the age of accountability with families and bills and all the other constants that make growing up a balance of enjoyment and obligation. But, for some reason they are not allowed to know what’s ahead? Why is it when I tell them the following, it is not good enough?

“This is a great job, and I have a lot of fun doing it. But it’s not sum total of my being. If you want to do it, you’ll have to work really hard and make a lot of sacrifices. Maybe, when you’re older, you’ll get a chance to play it, too. If not, that’s OK, because you live for the love of life, and this is just another fun experience to try as you make your way.”

So, what do you think? Do you do what you do because you love it? Like it? Because you’re a talented writer and you suck at everything else? Would you do it for nothing?

Dirk Hayhurst was honest with us and himself, maybe we should be as well.

Posted by TheWritersDen at 9:14 PM