F. Scott Fitzgerald || In His Own Words
Quotes on Writing and Other Things 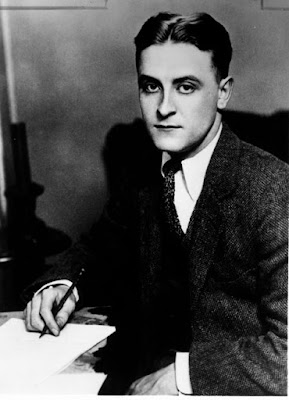 To write it, it took three months; to conceive it three minutes; to collect the data in it; all my life.
~ F. Scott Fitzgerald


"At eighteen our convictions are hills from which we look; at forty-five they are caves in which we hide." ~ F. Scott Fitzgerald

"I've been drunk for about a week now, and I thought it might sober me up to sit in a library." ~ F. Scott Fitzgerald

"My idea is always to reach my generation. The wise writer writes for the youth of his own generation, the critics of the next, and the schoolmasters of ever afterward." ~ F. Scott Fitzgerald

"Show me a hero, and I'll write you a tragedy." — F. Scott Fitzgerald

"That is part of the beauty of all literature. You discover that your longings are universal longings, that you're not lonely and isolated from anyone. You belong."
— F. Scott Fitzgerald

"It was always the becoming he dreamed of, never the being." — F. Scott Fitzgerald

"If you have anything to say, anything you feel nobody has ever said before, you have got to feel it so desperately that you will find some way to say it that nobody has ever found before, so that the thing you have to say and the way of saying it blend as one matter--as indissolubly as if they were conceived together."
— F. Scott Fitzgerald

"An artist is someone who can hold two opposing viewpoints and still remain fully functional." — F. Scott Fitzgerald

"The exhilarating ripple of her voice was a wild tonic in the rain."
— F. Scott Fitzgerald

"Sometimes I don't know whether I'm real or whether I'm a character in one of my novels." — F. Scott Fitzgerald
Posted by TheWritersDen at 10:50 PM